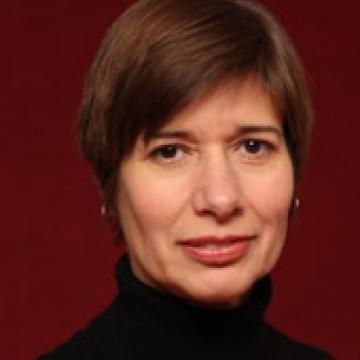 I am pleased to be able to highlight an excellent new resource published this year in the world of Septuagint scholarship, The Oxford Handbook of the Septuagint (Oxford 2021), edited by Alison Salvesen and T. Michael Law. I alluded to this new resource in a post back in April. Readers of this blog will (or should) know about this new resource, which is a boon to the field.

I’m very grateful to Dr. Alison Salvesen, editor of the new Oxford handbook, for her time and willingness to answer some interview questions about her own work, as well as the task of producing this important new edited volume.

Salvesen is Professor of Early Judaism and Christianity at the Faculty of Theology and Religion and Supernumerary Fellow at Mansfield College at the University of Oxford. Her work in Septuagint scholarship has been very influential, as has her research in numerous related areas such as the Targums, Peshitta, Vulgate, and the textual and interpretive traditions in early Christianity and rabbinical Judaism. If you are interested in Septuagint research, you need to be familiar with her work!

The Oxford Handbook of the Septuagint

It is no small task to edit a handbook. This is a lesson I learned myself over the last five years in my work with Ed Glenny on the T&T Clark Handbook of Septuagint Research. But five years pales in comparison with the gestation period of the Oxford Handbook of the Septuagint. I remember reading Law’s When God Spoke Greek shortly after it was published nine years ago and seeing references to this handbook (see, e.g., p. 201 in Law)! As those engaged in academic research and publishing know well, sometimes projects go on much longer than anyone might have guessed (or wanted). But patience is surely a virtue in such things.

That virtue paid off in the case of the Oxford Handbook. Now obviously I am an editor of what some might call a “competing” resource. But I believe that is an unhelpful outlook. The field of Septuagint scholarship has recently been the beneficiary of several very useful, high level secondary sources aimed at fostering interest and new research. So I’m thrilled to see more rather than less of this kind of thing.

Much more could be said. I’ll be reviewing the Oxford handbook for the Bulletin for Biblical Research, so you can find a fuller evaluation there in due course. But now, on to the interview to hear from Salvesen herself.

Can you tell us how you became interested in Septuagint scholarship?

At secondary school ( = high school) in London I learned both Latin and Greek. Then I studied Classics at Oxford, before switching to Hebrew with Aramaic and Syriac for my final BA exams. Through the apparatus of BHS I became aware of the Septuagint translation of the Hebrew Bible. In my first year of doctoral studies at Oxford I read widely on LXX scholarship (there was much less of it around in the 1980s!). I was very influenced by my first supervisor, James Barr, and his work the Typology of Literalism, and Emanuel Tov’s book on the text-critical use of the LXX was very important, also Isac Seeligman’s study of LXX Isaiah. But I couldn’t quite identify a research topic until I worked with my second supervisor, Sebastian Brock (who had written his own PhD on the LXX version of 1 Samuel). Sebastian suggested looking at the fragments of Symmachus’s version. This was a perfect fit for me, as I was fascinated by exegetical aspects of biblical translation, and I was able to use the Hebrew, Aramaic, Syriac, Greek and Latin training I had received at school and university.

Aside from the Oxford Handbook, what are some of your other contributions to the discipline?

I publish on Origen’s scholarship on the Bible, especially the Hexapla; on patristic reception of the later Jewish versions of Aquila, Symmachus and Theodotion, and also on the contribution of their revisions to modern textual criticism of the Hebrew Bible. Combined with my interest in the Syriac world, I have also written on the Syriac translation of Origen’s LXX edition known as the Syrohexapla and its relationship to the early seventh century Syriac version of Jacob of Edessa. Since 1994 I’ve been involved in the Hexapla Project, and have written some articles more specifically on the book of Exodus. Most recently I submitted an article on Disgust Theory and the insights it sheds on LXX words denoting abhorrence.

[See below for a list of Dr. Salvesen’s works in Septuagint scholarship.]

Tell us a little bit about how this Handbook took shape and why it’s needed.

The initial idea came from Tom Perridge at Oxford University Press. At the time I was mentor to Michael Law for his British Academy Postdoctoral Fellowship, and Michael was very keen that we should take this on. At first I was reluctant as I knew that Jim Aitken was already editing his Companion to the LXX and I thought that an Oxford Handbook of the LXX would be a duplication of effort in the field. But Michael was able to see that a broader approach to the discipline would be complementary to Jim’s volume, and he produced a wonderful outline of the Handbook that covered related aspects such as the history of LXX scholarship, papyrology, palaeography, influence on Christian theology and on Orthodox liturgy, art history, the later Jewish Greek versions up to the Constantinople Pentateuch, as well as the more expected chapters on individual books or sections within the LXX corpus.

What are some of the most important developments happening in Septuagint scholarship?

The contribution of the Septuagint to questions of literary editions of books in the Hebrew Bible corpus is finally being recognised, and the work of continental European scholars has been crucial in this regard. Some exciting work is being done to look at connections between renderings of legal passages in the Pentateuch within the juridical context of Hellenistic Egypt, and Jim Aitken’s studies of the translators within their Egyptian context are very important. There is still much work needed to create full critical editions of various books — the work of the Göttingen Unternehmen is crucial, but the task is a complex one, especially for books such as Psalms, Joshua, Judges, Kingdoms, and Proverbs, each of which has its own challenges, either because of the divergent texts in manuscripts, or because of the likely role of variant literary editions (and sometimes both at the same time). The application of modern translation theories to the LXX (e.g. Descriptive Translation Studies) can throw interesting light on the process of LXX renderings. However, there are significant difficulties in using methods developed to analyse mainly modern renderings of other modern texts, in order to examine the relationship between two ancient texts from non-related language groups, particularly since we have no certainty about the forms of the translators’ Hebrew Vorlagen or of the reading tradition they knew; and the Greek texts we have are usually many centuries later than the time of translation.

‘LXX Isaiah as Prophecy? Supposed Historical Allusions in LXX Isaiah’, in J. Schaper and R. Kratz (eds) Imperial Visions: The Prophet and the Book of Isaiah in an Age of Empires. (Göttingen: Vandenhoeck and Ruprecht, 2020) 185–205

‘“They Did Not Settle in the Land of the Lord: Ephraim Settled in Egypt” (Hos. 9.3): Returning to Egypt in the Septuagint and Other Hellenistic Jewish Works’, in A. Salvesen, S. J. K. Pearce, and M. Frenkel (eds.) ‘Israel in Egypt’: The Land of Egypt as Concept and Reality for the Jews of Antiquity and the Early Medieval Period. AJEC 110 (Leiden, Boston: Brill, 2020) 150–77

“Deuterocanonical and Apocryphal books”, in A. Salvesen and T. M. Law (eds) The Oxford Handbook of the Septuagint. (Oxford: Oxford University Press, 2020) 385–402

‘A “New Field” for the Twenty-First Century? Rationale for the Hexapla Project, and a Report on Its Progress’ in Andres Piqer Otero and Pablo Torijano Morales (eds.), The Text of the Hebrew Bible and Its Editions. Studies in celebration of the Fifth Centennial of the Complutensian Polyglot, (Leiden: Brill, 2017) 286-309.

“The Tabernacle Accounts in LXX Exodus and their Reception in Hellenistic Judaism”, in K. De Troyer, T.M. Law and M. Liljeström (eds.), In the Footsteps of Sherlock Holmes. Studies in the Biblical Text in Honour of Anneli Aejmelaeus. CBET 72 (Leuven: Peeters, 2014), 555–71.

“Textual Criticism. Textual and Literary Criticism and the Book of Exodus: The Role of the Septuagint” in K. Dell and P.M. Joyce (eds.), Biblical Interpretation and Method. Essays in Honour of John Barton, (Oxford: Oxofrd University Press, 2013), 37–51.

“The Role of Aquila, Symmachus and Theodotion in Modern Commentaries on the Bible” in Iain Provan and Mark Boda (eds.), Let Us Go Up to Zion. Essays in Honour of H.G.M. Williamson on the Occasion of his 65th Birthday (Leiden/Boston, 2012), 95–112.

“Midrash in Greek? An Exploration of the Versions of Aquila and Symmachus in Exodus”, in On Stone and Scroll. Essays in Honour of Graham Ivor Davies (Berlin/Boston: De Gruyter, 2011), 523–36.