Let the festal gongs ring loudly in the streets! The wait is over: Today is International Septuagint Day. That’s right, it comes only once a year, and that occasion is today.

In order to celebrate appropriately, I post here an interview with one of the most important scholars in the discipline.

Before introducing my guest, a word about this most joyous of days. 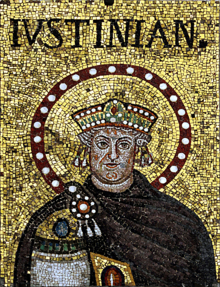 This occasion was instituted in 2006 by the International Organization for Septuagint and Cognate Studies (IOSCS), at the suggestion of Robert Kraft (here). He pointed out that February 8th is the only date on record that is historically related to the Greek Scriptures. In a document dating to 533 CE, the Emperor Justinian announced his permission for public reading of Jewish Scriptures in the Roman Empire. So in honor of this excellent advice, I recommend that you pick up your copy of Rahlfs-Hanhart and read a few verses, perhaps even aloud to your wife, room mate, or pet rabbit.

If you care to know more, and to look back over the years I’ve celebrated LXX Day on this blog, you can check out these posts: 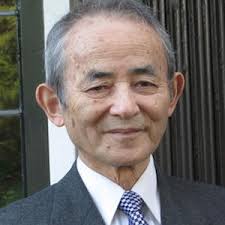 The subject of my interview today is Dr. Takamitsu Muraoka, Professor Emeritus of Hebrew Language and Literature, Israelite Antiquities and Ugaritic, Universiteit Leiden. It hardly needs to be said that Muraoka is a giant among scholars of ancient languages. He has for many years travelled along — even trail-blazed — the “Via dolorosa of biblical philology,” to use his own words.

Interviewing him today is especially fitting as, I am told, Prof. Muraoka will celebrate his 80th birthday tomorrow – יום הולדת שמח!

Muraoka’s work in this field is as influential as it is voluminous. Just a few of the notable contributions he has made outside of Septuagint scholarship include:

Another admirable quality of Muraoka is his obvious love for and commitment to his family. This is clearest to those who use his works in his constant dedication of a given book to family members. For example, his Grammar of Qumran Aramaic (Peeters 2011) is dedicated to his parents, Yoshie and Sachi Muraoka; and many of his books, including his A Greek-English Lexicon of the Septuagint (Peeters 2009) and A Syntax of Septuagint Greek (Peeters 2016) are dedicated to his wife, Keiko Muraoka.

As if all this were not proof enough of Muraoka’s significance within Old Testament scholarship and ancient languages, he also received the esteemed Burkitt medal in September 2017. This award is given each year by the British Academy, and is named after the 19th century Cambridge New Testament scholar F. C. Burkitt. The medal was quite naturally given to Muraoka for his “outstanding contribution to the study of Hebrew grammar and syntax, and the Septuagint.”

You can read more about Muraoka’s Burkitt medal award here, including his fascinating (2-minute!) acceptance speech.

Now to the interview:

After having read English philology for my first degree at a state university in Tokyo, I changed my direction to study under the late Prof. M. Sekine, an expert in the biblical literature and biblical languages well-known not only in Japan, but also world-wide. I had the good fortune of finding him on the staff of the department of linguistics in the same university. Since he insisted that he couldn’t be bothered to teach the basics of Greek and Hebrew, I taught them myself. For the first Greek text we read Plato’s Phaedo and for Hebrew we took on the book of Job. 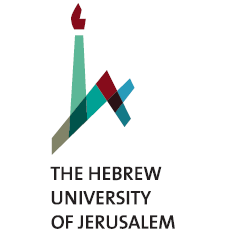 Under his supervision I wrote an M.A. thesis on the particle ὡς in Hellenistic Greek, for which I studied the LXX and NT beside papyri and inscriptions. A short article based on the thesis became my first publication in an international journal, Novum Testamentum 8 (1964). In the middle of my Ph.D. course under Prof. Sekine I was fortunate once again with an offer of an Israeli Government scholarship, with which I moved to Jerusalem in 1964. There I met an eminent Hebraist cum Semitist, the late Prof. C. Rabin, who would eventually become my supervisor on a topic relating to Biblical Hebrew linguistics. With his encouragement I also took a rich variety of courses on offer at the university, including a course on Ben Sira in Greek with the late Prof. I. L. Seeligman and a course on Jeremiah with the late Prof. Sh. Talmon. On these courses Emanuel Tov was a fellow student. Under the late Prof. M. Goshen-Gottstein I learned Syriac, which laid a valuable foundation for my future interests in the Syro-Hexapla, among other things.

At the three universities where I taught, the University of Manchester, the University of Melbourne, and Leiden University, my appointment was for Hebrew and cognate Semitic languages, and at each of these universities there was a separate Classics department. Apart from referring to LXX variants in my Biblical Hebrew courses I never taught Greek as such. However, I retained interest in Biblical Greek all those thirty-three years, but I could work on Biblical Greek and

the LXX on the side only.

As such a peripheral research activity I launched in 1984 a research project jointly with Dr. John A. L. Lee of the University of Sydney, aiming at a fully-fledged Greek-English lexicon of the Minor Prophets. He would eventually withdraw and the project was brought to successful completion, published in 1993 after my move to Leiden, to be followed by a lexicon also incorporating the data on the Pentateuch in 2002, and finally by a complete lexicon in 2009; all the three editions were published by Peeters in Leuven.

Because I retired from my Leiden chair in 2003, I could expend as much time as I needed on the final edition of the lexicon. In the early 70’s when I was in Manchester, a short article of mine on the LXX version of Amos, Vetus Testamentum 20 (1970), apparently had caught the late Prof. Orlinsky’s attention, who invited me to come to an IOSCS meeting in Helsinki. I thus joined an international club of LXX scholars.

While still in Jerusalem, my wife took pity on me, as she watched me wasting lots of time on

leafing through Hatch and Redpath’s Concordance. She volunteered to convert all page and column numbers in the Hebrew/Aramaic – Greek Index to actual Greek words, producing neatly handwritten 508 legal-size pages of an easily usable index. This would be published as a separate volume by Baker Books in 1998, and eventually incorporated into a single-volume edition of the concordance. A direct byproduct of this work was published as A Greek ~ Hebrew/Aramaic Two-way Index to the Septuagint (Peeters 2010). Another major publication of mine in the field of LXX studies is A Syntax of Septuagint Greek, (Peeters: Leuven, 2016), almost 900 pages A4 size.

As a Burkitt medalist for 2017, the first Asian awardee, I should mention that I took part in a Tokyo project of publishing the Apocrypha and Pseudepigrapha of both Testaments in an annotated Japanese translation; among books I was assigned there were Ben Sira and 1 Esdras.

See above under (2). For me to occupy myself too much with the LXX wouldn’t have been fair to my respective employer in the three countries where I taught.

The growing interest on the reception history over the recent decennia has been a major change of direction or expansion. My Lexicon and some other recent publications are symptomatic of this trend.

5) What in your opinion are under-worked areas and topics in need of further research?

I would mention a careful comparison of the LXX and NT, not just Semitisms. After all, the LXX was the Bible of the early Church. The more familiar you become with the LXX, the deeper and more accurate your appreciation of the NT is bound to become.

With a Japanese friend resident in Germany I have been working on an edition of the Antiochene version of the LXX book of Judges. Apart from that, having completed my Syntax, I am having a break and, following A Grammar of Qumran Aramaic (2011), I have been lately focusing on a comprehensive syntax of Qumran Hebrew.

The field is still wide open. The discovery of the Dead Sea biblical manuscripts adds complexity to text-critical studies of the OT books. For my Lexicon I could not find time enough to compare the LXX usage better with the Classical and Hellenistic usage. A more thorough comparison of the LXX and the NT on grammatical and lexicographical studies is a desideratum.

I hope you’ve enjoyed this post, particularly appropriate as it is on the 12th International Septuagint Day. You can look forward to other interviews with Septuagint scholars in the future.