That widely celebrated occasion is upon us again: Happy 11th International Septuagint Day! As I have in the past, I encourage you to take up your well-worn edition of the Greek Old Testament and read a bit today in recognition of this joyful day.

If you are unfortunate enough to be uninformed about International Septuagint Day, fear not. I have written about it before, which you can read here:

Celebrating with an Interview

As I did in 2015, today I will celebrate by posting an interview with a scholar in the discipline. This is now my tenth LXX Scholar Interview, and there are lots more in the pipeline. Today we have the pleasure of hearing from Dr. Natalio Fernández Marcos, who is part of the Consejo Superior de Investigaciones Científicas (CSIC) in Madrid. If you have read this blog in the past and his name seems familiar, that is because I have featured the recent Spanish translation of the Septuagint, La Biblia Griega (see here and here). 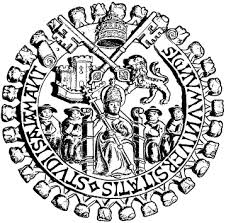 I was appointed to edit a text of the Septuagint for this project. I was introduced to the Septuagint by Manuel Fernández-Galiano, Professor of Classics in the University of Madrid, who was then publishing the editio princeps of some pages of Papyrus 967.[1]

In 1971 I landed in Göttingen with a grant of the Deutsche Akademische Austauschdienst (DAAD) to work in the Septuaginta-Unternehmen under the direction of Prof. Dr. Robert Hanhart. Spain had no recent tradition in Biblical philology, but I was aware of our brilliant tradition in the 16th century. Spanish Humanism had produced the first two Polyglot Bibles, that of Alcalá (1514-1517), and the Antwerp Polyglot (1569-1573).

Given the progress of the series maior of the Septuaginta-Unternehmen in Göttingen, I soon understood that there was no reason to repeat the excellent work done at Göttingen, and no way to compete with such a prestigious undertaking. Consequently I decided, on the advice of Hanhart, Wevers and Barthélemy, to edit, not the Old Greek or the Ur-Septuaginta, but instead a recension, a stage of the text history. The stimulus for this came from an influential article published in 1970 by S. P. Brock,[2] which concluded with the following sentence

“… many scholars would like to see an edition of the LXX as current, say, in fourth century Antioch, to give but one example that might actually be feasible”. 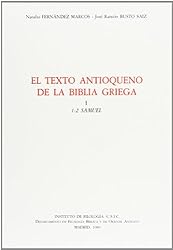 Since there was no Antiochene Recension in the Octateuch (a conclusion shared by Wevers after his edition of the Pentateuch in Göttingen, and by us, after the edition of Theodoret’s Questions to the Octateuch), I decided to edit the Antiochene text in the historical books, where it was clearly defined with a set of peculiar characteristics.
After collation and study of all the Antiochene witnesses, manuscripts, Josephus, and the Vetus Latina, Armenian version and Patristic quotations, we were able to edit in three volumes The Antiochene Text of the Greek Bible for the Historical Books (1-2 Samuel, Madrid 1989; 1-2 Kings, Madrid 1992; 1-2 Chronicles, Madrid 1996). The critical edition was followed by a Greek-Hebrew Index of the Antiochene Text in the Historical Books, in two volumes: I, General Index and II, Index of proper names, Madrid 2005 (see here).

Parallel to this editorial work I published in 1979 my Introducción a las versiones griegas de la Biblia, Madrid CSIC; 2nd edition revised and augmented in 1998. This second edition was translated into English (Brill 2000 and SBL 2009 – see here) and into Italian (2000). I also edited the Proceedings of the Vth Congress of the IOSCS held in Salamanca (1983) with the title La Septuaginta en la investigación contemporánea (Madrid, CSIC 1985).

The direction of the research project “Edition of Biblical and Para-Biblical Texts (Biblia Polyglotta Matritensia)” consumed most of my academic time. In the CSIC we are mainly dedicated to research and we offer only sporadically courses for postgraduates in connection with our field of specialization.

In 1991 and 1992 I was invited to give the Grinfield Lectures at the University of Oxford. The revised version of these Lectures was published by Brill in the Supplements to Vetus Testamentum with the title Scribes and Translators: Septuagint and Old Latin in the Books of Kings (Leiden 1994). In 2008 I was appointed to give the Jeremie Lecture at the University of Cambridge. I also published La Biblia griega de

I would say that the Septuagint studies have experienced a kind of revolution or “democratization”. When I started studying, it was a field limited to a few specialists. At this moment it is a consolidated field within the Biblical studies in constant expansion. In this process I think that the LXX.D project has played an important role not only for Septuagint studies in Germany but also in other countries. Besides, the publication of the Qumran documents has contributed to put the Septuagint in the forefront of research, since the history of Biblical text has to be completely re-written after the new evidence of Qumran and Septuagint (new editions, new papyri, etc.).

We have just finished the new translation of the Septuagint into Spanish (La Biblia griega. Septuaginta, I-IV, Salamanca, Ediciones Sígueme 2008-2015). At the moment we are revising the first volume on the Pentateuch for the second edition, since the first is out of print. Thereafter we will revise the rest of volumes that will continue to be edited as academic edition. Subsequently, we will revise the four volumes in order to publish them in a single volume manual edition with the whole Septuagint into Spanish and directed to a different audience.

I am extremely grateful to Dr. Fernández Marcos for his time, and more so for his excellent work in Septuagint studies. Stay tuned for further interviews with experts who have shaped the discipline.