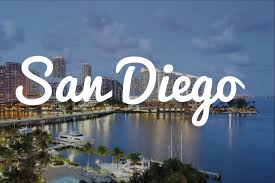 It probably goes without saying, but this year’s biblical studies conference location is the best I’ve yet experienced. This was only my third year participating in these events, but 70 degrees and sunny every day sure beats the dreary, sub-freezing temperatures I was met with in both Chicago (’12) and Baltimore (’13).

That being said, it was about a 20-hour journey there from Cambridge, all told, so it did not come without pain on my part. Nevertheless, I did have the opportunity to present at both the ETS and SBL conferences, as I wrote about here.

A Study in Contrast

It should go without saying that not everyone who participates in the one conference participates in the other. Indeed, ETS, being as it is evangelical (‘E’), is quite a bit smaller than SBL. The latter tends to throw conferences that are dumbfoundingly well-organized and impressive, fueled by the huge amounts of members and funding poured into the society year after year. On the other hand, ETS is – well – poor. As a result, ETS is rarely in the same venue as SBL for these conferences, and this year the difference was particularly humorous. Both sites were nice, don’t get me wrong. But that was due largely to the fact that they were both in sunny San Diego where palm trees grow like dandelions.

I’ll let you puzzle out which conference center was the venue for which society.

Naturally, I benefited equally from both conferences, however. Just because ETS is poor does not mean it’s not worth your time. Just the opposite! It’s the perfect reason to become involved. The smaller group makes it actually a bit more fun than SBL, where one tends to float anonymously through seas of scholars of all stripes.

“‘There is No Spoon’: Text-Critical Question-Begging in the So-Called ‘Acrostic’ of Nahum 1

To briefly overview the topics I presented on, at ETS I discussed the acrostic of Nahum 1, which in truth is really only a partial acrostic. If you don’t know what an acrostic is, it only gets more obscure from here. The partial acrostic in the first eight verses of the book has a few “problematic” lines, which do not begin with the “right” letters. It is fairly common, therefore, for commentators to “fix” or “emend” the text in one way or another to “restore” it. To attempt to do so is fine as far as it goes. But the problem is that most commentators go too far.

One of the challenges of OT studies is the scant textual evidence at hand. Basically, we have the Masoretic text, the versions (the Latin Vulgate, the Septuagint, and other translations), and the Qumran scrolls. This makes arguments for changing the MT very challenging to make well. In short, in this paper I go through the common arguments for changing the MT to “restore” this acrostic on the basis of the LXX as a text-critical witness, and pick them apart one at a time. Mostly, the arguments are poorly founded or misuse the evidence, especially when the LXX version is understood in light of its translational character.

I am hoping to get this paper turned into a published article.

This paper is directly related to my dissertation research. I have realized that the most straightforward way to explain what I am doing here at Cambridge is to say “Greek lexicography.” Now, that may not help some people, but it is accurate. And I am using the Greek texts of LXX-Judges as a “heuristic environment” of sorts. Basically this means I’m looking at the ways in which the two Greek translations of the one Hebrew book phrase things in different ways, and then investigating why that might be the case.

The way I do that is to dive into Greek documentary evidence for better understanding of the word or words in question. Believe it or not, there is a vast body of Greek writing out there that is mostly ignored by Greek scholars. The reason (simply put) is because it is koine Greek, and not the high-flying and academically respectable Classical Greek that has been so popular for, oh, two thousand years. There is a bit of an academic tradition of snubbing koine Greek, although a major reason for that is because we didn’t quite know that koine Greek was a thing until about a century ago. Until then, the Greek Bible was about the only existing koine document, which is why scholars though it was “Holy Ghost Greek” or a special Jewish-Greek dialect.

But when huge amounts of papyri and inscriptions written in the same kind of Greek were literally dug up about a century ago, all that changed, although there is still lots of work to be done. That’s where I fit in. My paper focused on the differing terminology used for “to battle” or “battle” in both translations. I found that in the B-text, the less common and seemingly unlikely words were chosen in most places. As I investigated the data, I uncovered what I believe is a previously unnoticed semantic change in the words in question: παρατάσσω and παράταξις. These words are used in ways similar to the B-text of Judges as in koine historical literature, and so I suggest that the B-text has literary or specialized terminology in it.

Other Points of Interest

There is too much else to say about these conferences. Suffice it to say that I truly enjoyed my involvement in the Institute for Biblical Research (or IBR, here), and the Scripture and Hermeneutics sub-group (through the Paidaia Centre, here). It was also a great pleasure to meet and talk with many senior scholars in various fields. I’ve said before that attending these conferences pays for itself in terms of the conversations that are available there. The feedback on one’s work and the chance to learn about initiatives and opportunities you did not and would not otherwise know about are invaluable.

I’m already looking forward to next year! As a teaser, there are rumblings of a new Septuagint section at the next ETS conference. But we will have to wait and see what happens.