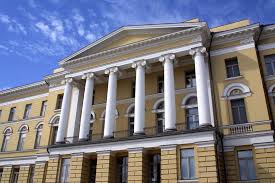 Many people who come to Septuagint scholarship quickly recognize that, while it is a small and specialized discipline, it is one with a rich history. In terms of its recent developments, Septuagint scholarship would not be what it is without the so-called “Finnish School” based at the University of Helsinki. I have written a little bit about this branch of scholarship in the past. Most recently it was related to the symposium held two years ago in honor of the esteemed scholar Ilmari Soisalon-Soininen (1917-2002). You can read more about that event and its honoree here.

There are several things the Finnish School of Septuagint scholarship is known for — the study of translation technique being one obvious example. Another example is textual criticism/textual history, particularly through the work of Dr. Tuukka Kauhanen in the Centre of Excellence Changes in Sacred Texts and Traditions (CSTT). Among his other projects, Kauhanen is currently working on the critical edition of 2 Samuel (2 Kingdoms) for the Göttingen Septuagint.

In this connection, the University of Helsinki recently announced openings for a few new, fully-funded (€40,000–46,000/year) postdoctoral positions to join Kauhanen for two to three years on a research project entitled The Septuagint and Its Ancient Versions. You can read the full announcement and apply here, but the work will be related to textual criticism of 2 Samuel either in Greek or one of the so-called “Daughter” versions (i.e., an ancient translation made from the Greek version). To that end, the duties will (to state the obvious) include collation of the evidence as well as sharing it on an electronic platform (as well as publishing and teaching, as per usual).

It probably does not need to be said, but preparing a critical edition of any ancient text is a gigantic task. But there is a special degree of fiendish complexity to the text of 1–2 Samuel. The reasons for that are not only numerous, but are themselves still very much under debate among specialists. In the early 20th century, Thackeray divided 1–4 Kingdoms (the Hebrew books of Samuel and Kings) into five sections and gave them (Greek) letter designations:

The boundaries of these sections are not universally agreed. But Thackeray identified what he thought was two distinct translations within the majority Septuagint text (represented by Codex Vaticanus [B]). In his view, the βγ and γδ sections were the work of a later translator. However, Barthélemy would later demonstrate that these sections were not, in fact, a distinct translation done at a later point. Instead, these sections preserve a revision of an existing Greek text, which was in part intended to bring the revised text into closer conformity with with the (proto-MT) Hebrew text. This revision that Barthélemy identified is now known as Kaige (or the Kaige group). So the βγ and γδ sections are known as Kaige sections, while the others are known as non-Kaige sections. As if that was not complicated enough, the text of 1–2 Kingdoms also underwent two further major recensions: the Hexaplaric recension (3rd century) and the Lucianic/Antiochene recension (fourth century).

Suffice it to say that scholars have not reached consensus in the attempt to sort out this textual history. (For a good discussion of recent research, check out Hugo’s chapter in Aitken, ed., T&T Clark Companion to the Septuagint.) In that sense, these postdoctoral positions present an excellent opportunity for genuinely groundbreaking research in the textual history of the Bible.