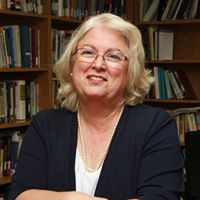 Those who read this blog regularly or who have some acquaintance with Septuagint scholarship already will know Karen Jobes. She was kind enough to be the subject of my first Septuagint Scholar Interview series, which you can read here (also see here). Outside her work in the Greek Old Testament, Karen is respected in New Testament circles as well, with many publications in that field to boot.

As for her work in Septuagint, Karen is best known for her Invitation to the Septuagint (Baker 2005) coauthored with Moisés Silva. If you are interested in Septuagint research but new to the field, this resource is an excellent place to start, as you will read more about below. That was why I was excited when she told me last year that she was in the process of creating a second revised edition, which can be pre-ordered and will be available at the upcoming ETS and SBL conferences at the Baker Academic booth.

More than that, she is also publishing a second book on Septuagint, Discovering the Septuagint, also available to pre-order, that functions something like a graded reader. I thought it would be best to let Karen describe the books for herself. Enjoy!

Invitation to the Septuagint, 2nd Edition

Can you describe the purpose of Invitation for those who may not be familiar with it?

Why did Invitation require a second edition? What’s different?

The first edition appeared in 2000, and there has been significant developments in Septuagint studies since that time.  Every chapter of the first edition has been revised and recent bibliography added.  The appendices have been expanded to include additional helpful aids, including an English translation of the symbols and abbreviations used by the Göttingen critical apparatus.

What are the most important developments in Septuagint scholarship since the first edition?

There has been much discussion about the hermeneutical issues involved in understanding a translated text.  The interlinear paradigm as a model for understanding the relationship of the original translation to its source text has also received much attention by scholars in the last fifteen years.  Because there are now two commentary series on the books of the Septuagint,  individual books of the Septuagint have enjoyed focused work by scholars.  And there is the ongoing discussion about the theology of the Septuagint.

Can you describe your Discovering the Septuagint volume?

Discovering the Septuagint: A Guided Reader is forthcoming from Kregel.  It is intended for readers who have had at least three semesters of New Testament Greek and who wish to dip into the Septuagint and continue to develop their proficiency in Greek.  The book includes a selection of texts of various books and genres and provides notes on parsing and syntax as well as additional bibliography.

How did this volume come about?

The book is the collaborative effort of several of my graduate students who took my Septuagint reading course and some of my former teaching assistants.  It is based on my classroom notes and their own studies of the texts.

What are your hopes for the book?

I hope the book will be a helpful resource that motivates instructors to offer courses on Septuagint reading, and will influence student readers to further work in Septuagint studies.

When can we anticipate it sitting on our bookshelves?

If you’re like me then you’ll be picking up these books as soon as you can scrape together the dollars. They will certainly be well worth it.